There are few races I’ve enjoyed less than the British 10k 2013. I was lucky to have my place paid for by my employer at the time, and I ran for my industry charity, GroceryAid. However, the race itself was pretty terrible – it started off badly by taking over 45 minutes to get across the start line on one of the hottest days of last summer, and didn’t get much better from there.

I then went onto run the Color Run in the same afternoon, which is probably the only race I’ve ever enjoyed less than the British 10k. Now that really was AWFUL. So hot, so much waiting around, so boring, so crappy to run around Wembley. I haven’t been back to North West London since. Just eurgh.

So after all of that, you’d probably wonder why on earth I would even bother showing up to this year’s British 10k? Well firstly, I was lucky (again) to win a place with Tiger Balm to run as part of their #BorntoRun team. I’ll get the race fee thing out of the way straight away. No 10k should cost £50. It’s just ludicrous. I would not have run this race either last year or this if I had to pay for it.

And despite getting the race place for free, I still found myself no more impressed with the race this year than I did in 2013.

Tiger Balm were excellent. I got the place only a few days prior to race day, their communication was spot on and the pre race meet up – despite being early – was friendly, organised and really good fun. They asked us to wear onesies for the photocall, with the option of wearing them for the race. We were given a tshirt too, but I thought it would be fun to go with the onesie. 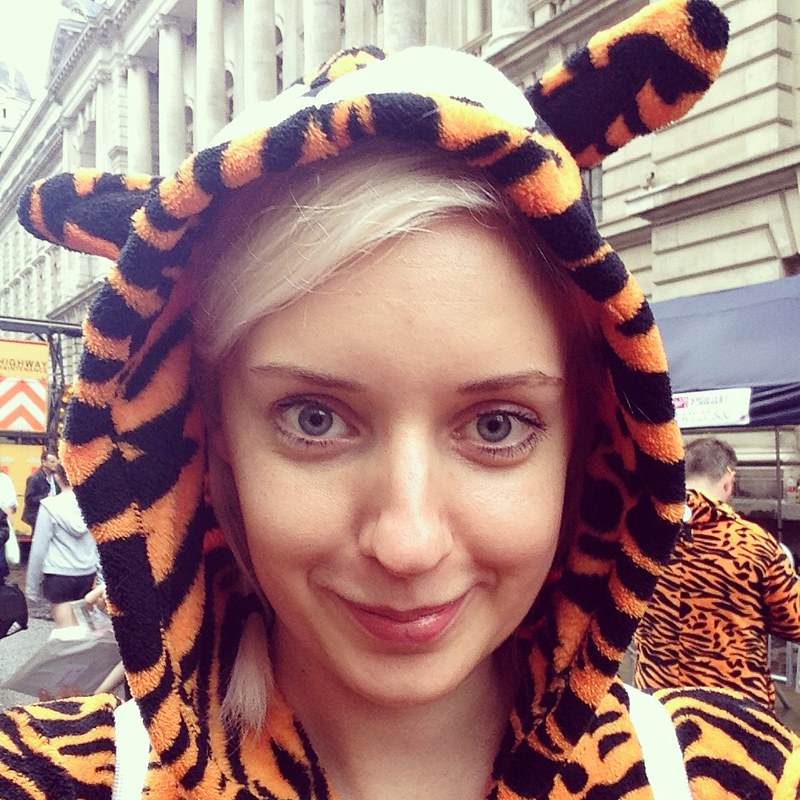 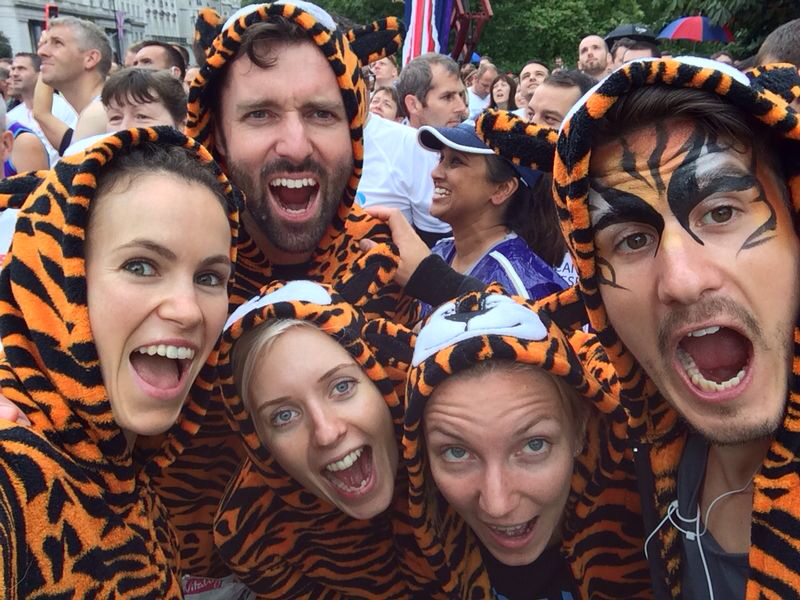 This obviously made me really, really hot. But this wasn’t what I disliked about this race – I still wasn’t as hot as I was running it last year. I disliked the long walk to the start from the bag drop, the long wait before we got started (although admittedly not anywhere near as long as last year) and the fact that there wasn’t start pens by finishing time – which meant a painful mixture of weaving around walkers and being elbowed by faster runners. That was the worst. I’ve never felt so jostled, nudged and just generally harassed as I have in this race. It really started to stress me out by the second half and I ran the final 3k with panic rising in my chest.

After the horrible bit right near the end where you reach Parliament Square, but then get shot off towards Victoria for an out and back loop along Victoria Street (my least favourite part of the whole route – and you run through the Blackfriars underpass – twice), I was really glad to have finished.

The we all got held from entering Whitehall Place, the location of the bag drop. The crowds mounted up quickly as more and more people crossed the finish line. It all got a bit ridiculous. 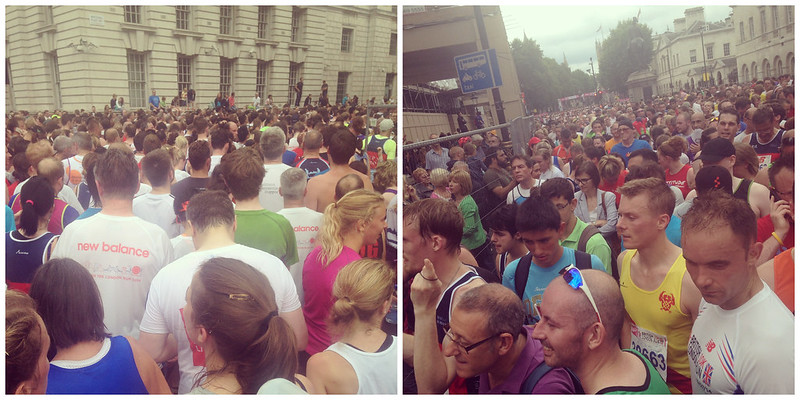 It then transpired that everyone was queing for the Help for Heroes tent, regardless of whether they had run for them or not and it was blocking the whole road. It took almost half an hour for someone to come and sort this out. By the time I made it to my bag and to Charlie, Harry, Jonny and Seb, I was so on the edge of panic from being hot, tired and packed in a crowd for the past hour and a half, that I did a little cry. I thought I was past the point of crying at 10k’s… so thanks for that British 10k. Oh, and one more thing – I still have no idea what my time was because when I put my race number into the website, someone else’s result comes up. Not that it matters, but you’re supposed to be able to find it out.

Thankfully, my day drastically improved post race thanks to my awesome ambush of tigers, as the five of us headed to Le Pain at the Southbank Centre for fizz, granola, coffee and a whole load of bread. Love Le Pain. 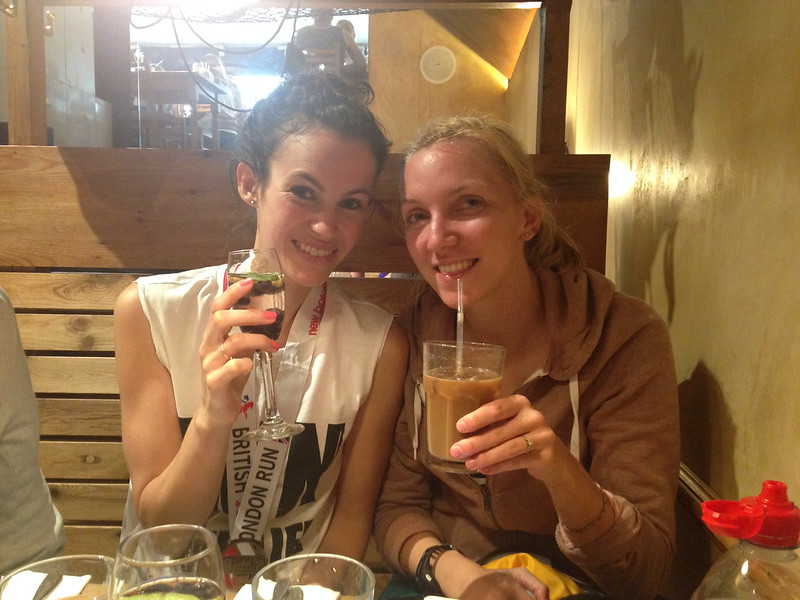 Then me and Charlie shared a peanut buttery cake of amazingness from Outsider Tart‘s stall at the food market, accompanied by a coffee whilst soaking up the sun. 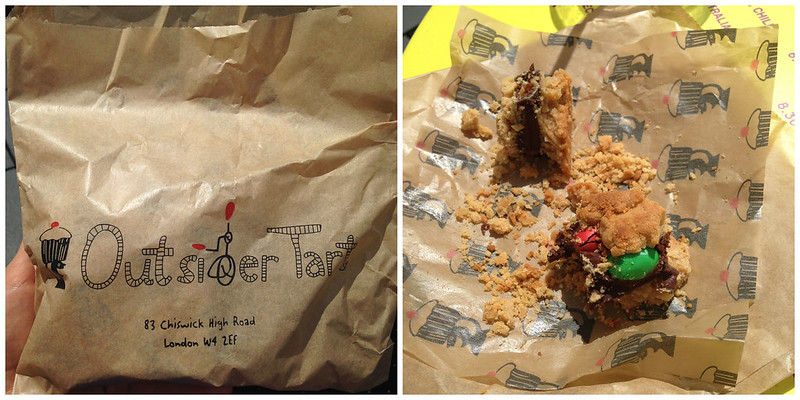 I gave the British 10k a second chance, but I don’t think I’ll be giving it a third…

My first race this year and my first race for over a year. I stupidly wore the massive race cotton tshirt (it’s like that in a year I forgot what not to do whilst running). And then it rained. Hard. So that was nice.

Somehow, in 5 weeks, I managed to knock off 9 minutes from the April race and land a 10k PB – which is still standing. I drank the free Prosecco within about 17 seconds of crossing the finish line, then felt really sick for the rest of the night. So that was nice.

At this point, I’d lived in Wimbledon for four months and hadn’t set foot on the Common. I did not realise it had mud and hills and trees like an ACTUAL FOREST. I came about three from last. And, despite being less than three miles from my flat, it took bloody ages to get there. So that was nice.

I was still so grumpy from the double runday Sunday in July that I decided not to run for most of August. I went to Copenhagen and had a really lovely time in a great city with some ace people. Then I ran a half marathon after nowhere near enough training, cried throughout the last 3k and had to be escorted over the last kilometre. So that was nice.

Again proving that just because something is in South West London, it doesn’t mean it’s anywhere near my flat – which is also in South West London. I walked further to the race than the rest itself, but despite having the previous two days off work sick, I smashed my (albeit ancient) 5k PB. Now that one was actually nice.

I now think an HP Sauce van pumping out the smell of freshly cooked bacon is the secret to race success. Because I was so bloomin’ hungry at the beginning of this race, that despite promising Leah I was in it to ‘take it easy’, I literally did race back to the manwich goodness. And broke the previous month’s 5k PB in the process. Another quite nice one.

On the surface, this race was back to not-so-niceness, what with the boring course (and the three glasses of wine the night before). Oh, and the migraine that came on in the last mile or so. Bleurgh. But, I ran sub-60, showing that 9-something minute miles were now my new norm. Nice!

Blimey, to think I thought Richmond was far away. Greenwich is something (or rather, somewhere) else. But a beautiful day, a course on the right side of challenging, and 70+ other RDC runners made this a perfect race. I loved it.

On a chilly, but clear and gorgeous December morning, me and 14 other lovely running ladies decided to dress as elves and go for a little run around Clapham Common. I felt awful and the course was the windiest I’ve ever run, but it just goes to prove that this running thing is about far, far more than just the running. I was surrounded by brilliant, like minded people, none of whom I knew a year ago. And that made this the nicest race of them all.