With eight weeks to go until race day, this week has been my ‘wobble’ week.

The advantage of training for a marathon the second time around is that I am infinitely more relaxed about it than I was this time last year. This week I’ve probably been a bit too relaxed (read: not so much relaxed, more just ignored the fact I’m supposed to be marathon training altogether), but this time I’ve got the experience to know I’ve still got time to turn it around. 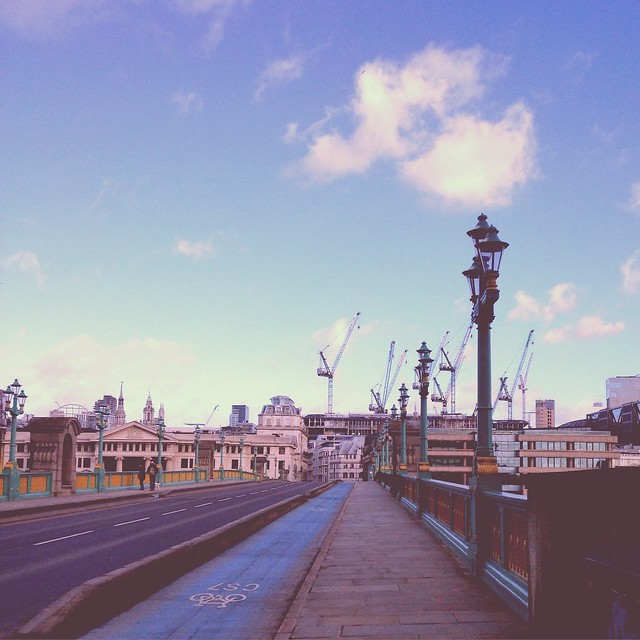 This week has been dominated by work (reaching the peak of pressure as we approach year end) and an awful lot of drinking. Stress, alcohol, very little sleep and not much exercise is always a pretty rubbish combination. This has inevitably lead to feeling properly run down and having to cut short today’s planned 17 miler after only a couple of miles thanks to being (the bad kind of) sweaty and really quite snotty. Mmm.

Tomorrow is a new day, next week is a new week and this is just a wobble.

I run because I like it. Most of the time, liking it comes from the places I’m running in and the people I’m running with.

This year’s Brighton half was a perfect example of just that. It was nothing like a PB (see last year’s equally as enjoyable race for that). It wasn’t my slowest either, but it was 13.1 miles of pure enjoyment.

Running by the sea, in the sun, in the company of the brilliant Michelle (#mischiefcrew), cheered on by my crew in a great race – what better way is there to spend a weekend?

Our recently acquired selfie stick (don’t knock it ‘til you’ve tried it) came along with us for the weekend, and captured some fantastic moments.

We went down from London on the Saturday afternoon and spent a few hours refuelling wandering around the shops and along the beach after a way too heavy Friday night. Pro tip: do not drink 47 bottles of beer and stay up until 5am two nights before a half marathon. That is BAD prep. 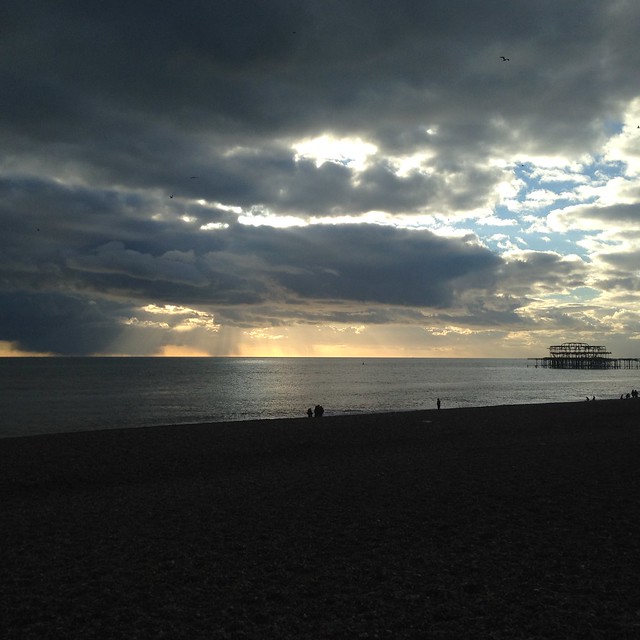 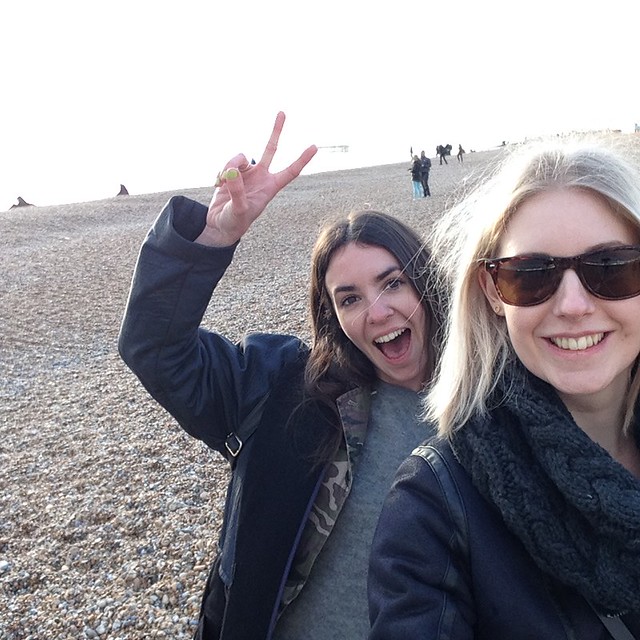 We stayed in the excellent YHA which was mere minutes from the start line which meant a fairly relaxed morning breakfasting together and a short walk over to join our pens. 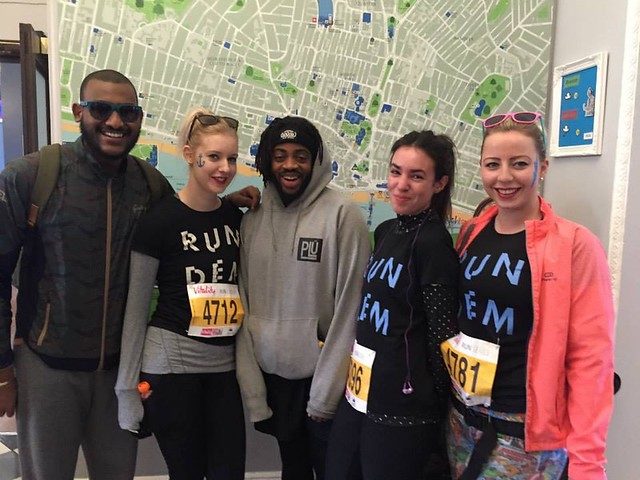 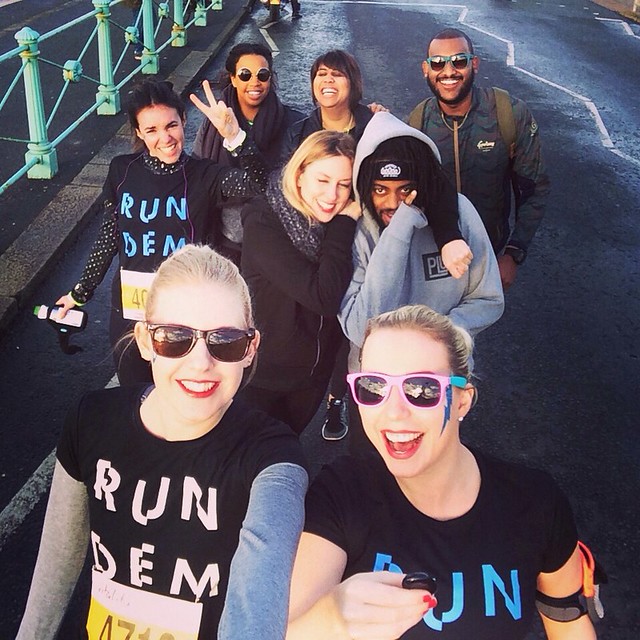 My only gripe with this race was the loo situation (it wasn’t going to be anything else was it?!) There was a SINGLE portaloo at the first water station, a SINGLE portaloo at the Red Cross tent at 8 miles (who also win the prize for rudest volunteers) and a couple at the 10 mile station. I’m not sure how many times we have to go through this but IT IS NOT POSSIBLE TO HAVE TOO MANY TOILETS. But I can assure you; one is never going to be enough. Race organisers, for the sake of my bladder (and my chances of ever getting a new half marathon PB), sort it out. *breaths*

Okay, back to the fun stuff. A personal highlight was meeting George at mile 3. George was running on his 80th birthday. He did a sprint up the hill spurred on by the crowds and was very sweet in letting us have our photo taken with him. He made me well up and realise that if someone that is EIGHTY is running then I can shut the hell up moaning about my two day hangover. 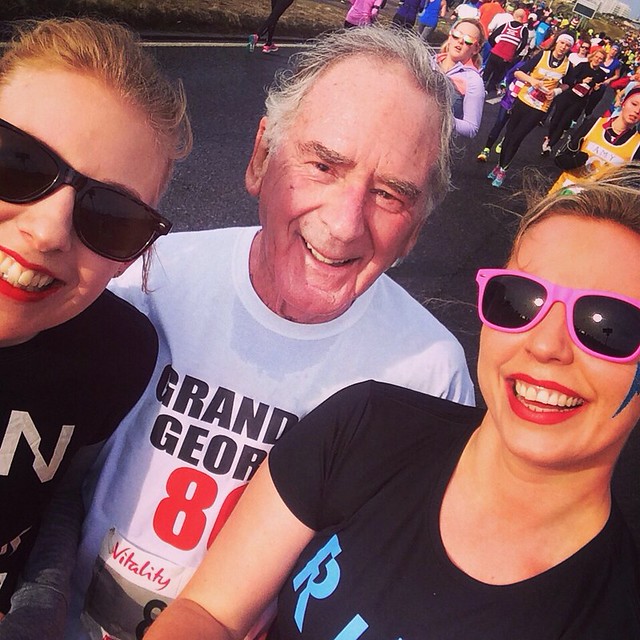 As anticipated, the stretch out to Hove Lagoon and back was brutal, but after our second toilet break, me and Michelle got into full on ‘let’s get this shit done’ mode and just got that shit done. Also, it was getting closer to our midday checkout time and I was desperate for a beer. Whatever works. 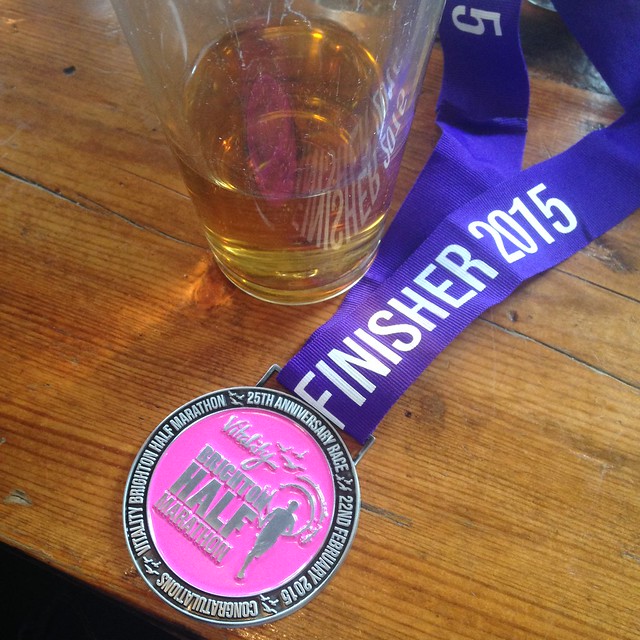 At this point I must mention my incredible friend Stephanie, who ran a stellar time of 1:35. I could (and might) write a whole post solely on how this time blows my mind. It. Is. So. Fast. If anyone, anywhere, EVER needs some inspiration to show how anything is possible if you just put the work in, just look at Steph.

And that is why this race is ace – it allows for both PBs and partypace. And all with the backdrop of a beach. Perfect. 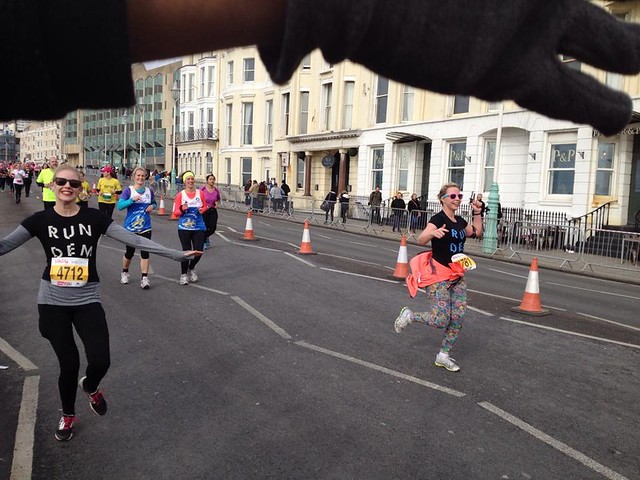 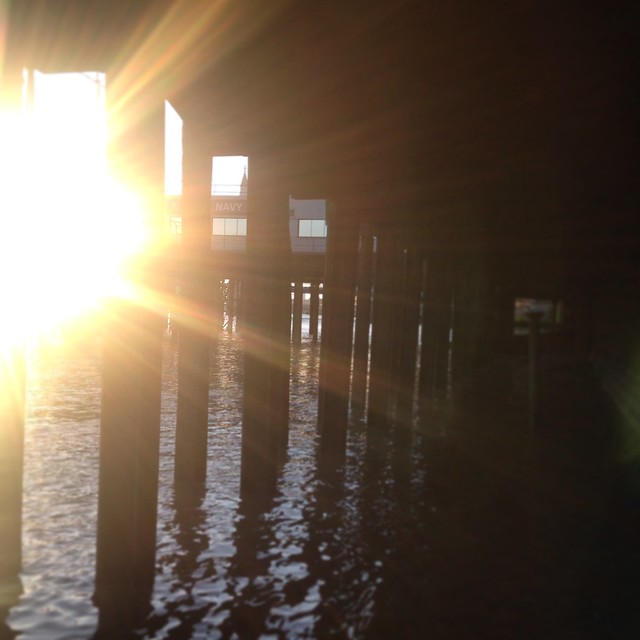 There are lots of things I know about myself. I am a control freak. I am a planner. I like making decisions and I am not afraid to do so. Once I’ve made my mind up about something, there’s very little going back on it. I’m stubborn like that.

So when something happens outside of my control and threatens to upset the carefully thought through apple cart that is my life, I do not cope well. That is what is happening right now.

I am used to change in a work environment. I work in a very fast paced industry, things change everyday, decisions need to be made and made again. I am good at that. But the one constant is that I am doing the same job everyday. I might be managing and reacting to things out of my control, but my remit and the type of things within that remit remain the same.

But now, even that might be changing. And it’s not on my terms or within my timeline. Gosh, I hate that.

Just over a year ago, I posted this photo on Instagram. Time to remember all the clichés all over again – roll with the punches, ride the wave, everything will work itself out in the end.

Oh, and write lists. Everything is better, clearer and more attainable with lists. 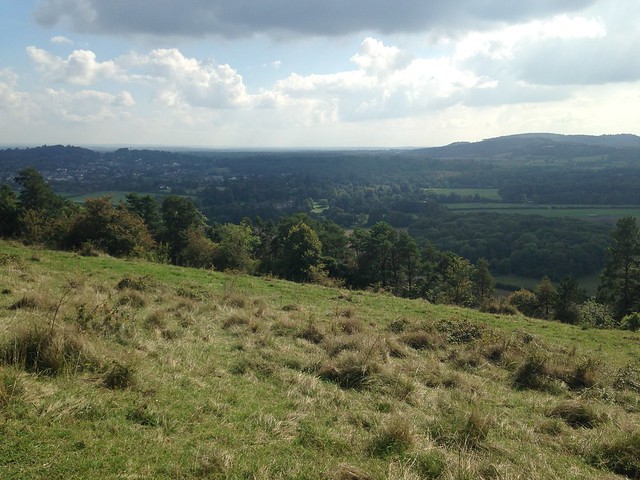 It only dawned on me as the train pulled into Dorking for the start of the Bacchus half marathon last September what I had signed up for. “Oh my god, we are actually in the countryside”, I said. “Yes, it’s in Surrey… on a vineyard… 48 minutes out of London, what did you expect?” was the response. Oh.

As much as I loved running it with so many friends, in fancy dress, in the summer, with loads of amazing food and wine, it still wasn’t my favourite race. I just can’t seem to fall in love with running through woods.

I love walking in the countryside – when there’s stunning views and the feeling of clean, fresh air filling your lungs it is fantastic. But running? Urgh. You don’t have time to appreciate the views because you’re too busy looking at the floor trying not to trip over tree roots. It’s really bloody hilly in the countryside (unless I’m running in my native Norfolk in which case it is just too damn flat). There’s no interesting buildings, no tourists to dodge, no street signs to help you navigate.

Despite the fact that I had come to the conclusion that country running is not for me, I asked two lovers of hitting the trails to try and convince me otherwise. Admittedly their photos are speaking just as loudly as their words…

I was once like you, eschewing dirt for Tarmac, worrying about even the dust of the Tamsin Trail in Richmond Park ruining my sparkling white trainers. But after training for my first marathon I wanted a break from the roads and tried a trail half marathon.

As it was actually longer than a half marathon, and I wasn’t quite recovered from the marathon, I took it easy and stopped regularly to take photos. It helped that it was a beautiful day in Devon but even so, you might be able to see the appeal. 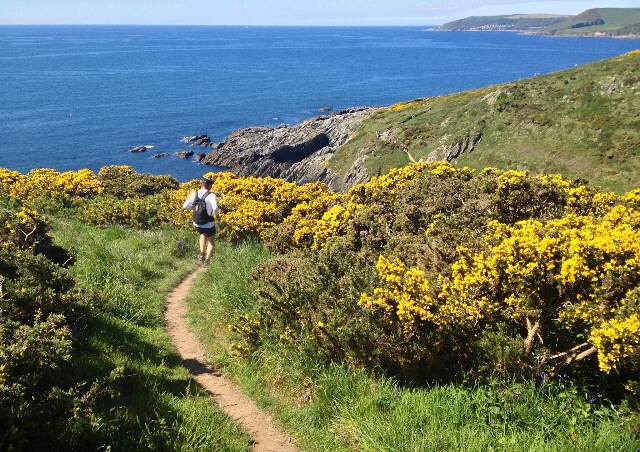 Since then, I’ve sought trails as much as possible. Not only are they easy on the eye but they’re also good for your running. Invariably there are hills which provide a great workout and the uneven surfaces force you to use muscles that normally wouldn’t get used. My weak ankles are now a thing of the past. 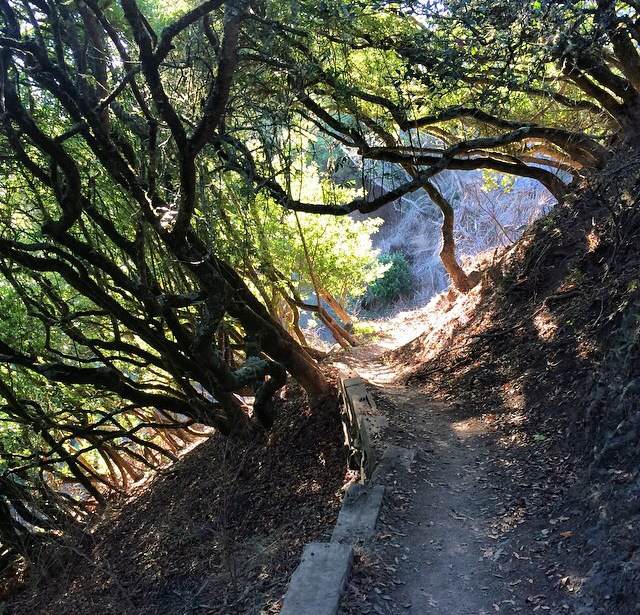 I can’t recommend it highly enough. And depending on where you are, you might even see a bear. 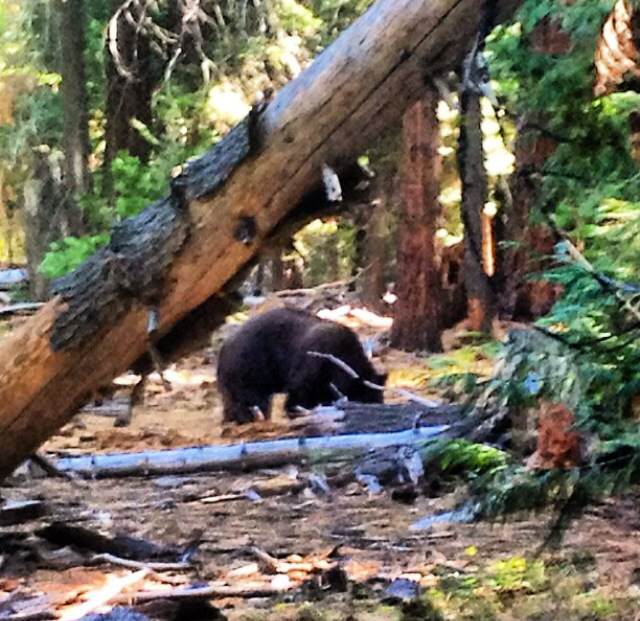 If you told me I had to choose between city road running or not running again for the rest of my life, it would be a relatively easy decision to hang up my beloved-but-muddy trainers and find another sport. Now maybe that means I just don’t love running enough, but a huge part of the joy of it for me is that it takes me out into the countryside and green spaces. It helps that I live on the edge of Winchester, with access to some amazing trails and forests. 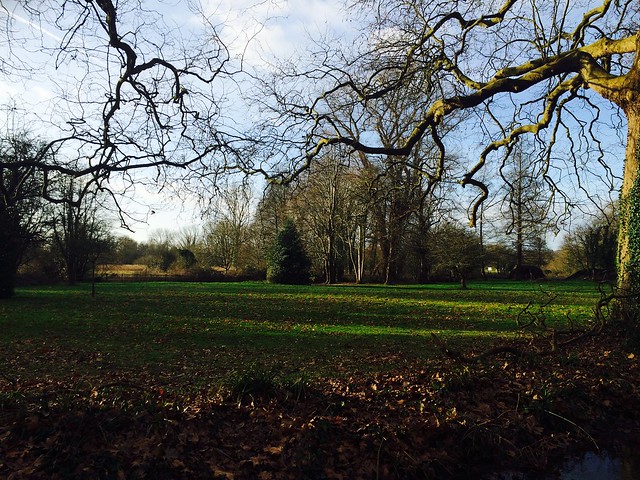 I didn’t start running that regularly until I was in my early thirties and had had a baby – I tended to favour trails just to minimise the impact on my knees and hips, but found as I got stronger that I just prefer to run in the green. The benefits of being in the countryside are well documented and in Japan, they even have a word for a therapeutic visit to a forest – Shinrin-yoku (forest bathing). As well as enjoying the beautiful views, I find that running on trails and tracks means I’m thinking about where my feet are going which distracts me from concentrating on pain or tiredness. 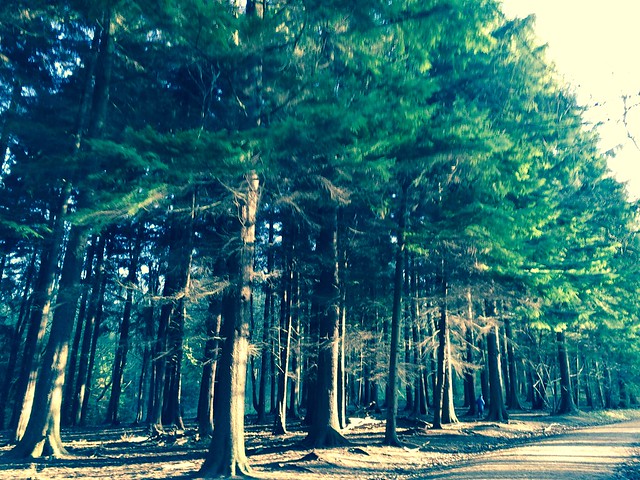 The peace and solitude is pretty special too (and especially important to me as a busy working mum), some days I might only have the birds or an occasional dog walker for company and on one memorable run, a family of deer ran alongside my husband and I. As ultrarunner Jenn Shelton said “That’s what I love, just being a barbarian, running through the woods.” 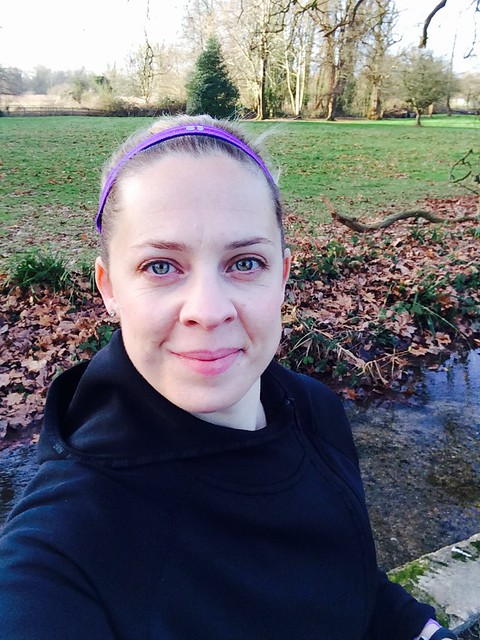 Don’t get me wrong, I love the buzz of a big city race, but since the majority of my running time isn’t spent racing, I’d rather be training on a beautiful forest trail, next to a river on a springy path made of pine needles, rather than slogging it out on tarmac next to duel carriageway being splashed by inconsiderate drivers!

So, join in and tell us – what do you prefer, dodging bollards or dodging branches?

The likelihood is if you follow my ramblings here, you may have also seen my posts over on Twitter or Instagram, where I’m also madly documenting my current infatuation with marathon training.

This is not just a hashtag though – oh no – it’s also a really cool way of pulling everyone’s training content together in one place. The website also gives you the ability to create your own virtual time capsule of your marathon training journey, along with adding in your fundraising link so everyone can donate their dosh once they’ve caught up with all your efforts.

Here’s a snapshot of mine from this weekend… 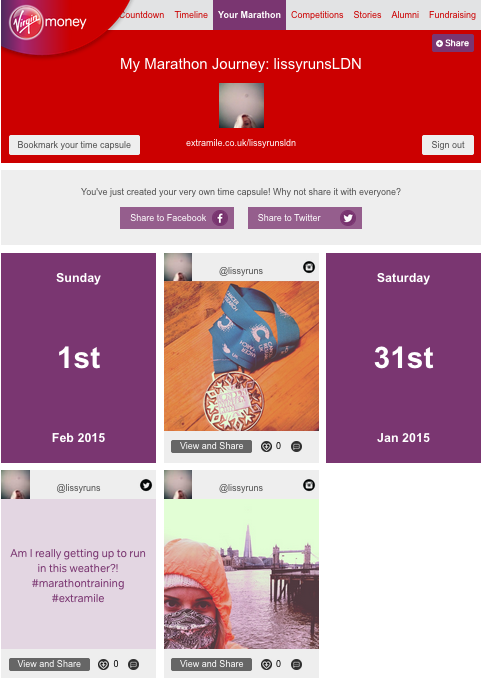 There’s also weekly competitions, playlists and interviews – for a social media junkie like me, it’s a great way of fuelling my obsession as the excitement for race day builds over the next three months!

You can find follow my #extramile marathon journey by clicking here or on the image above.

I was very lucky to nab my marathon spot through the ballot, but I’ve also been asked to be part of the #extramile media team and am excited to keep on sharing my journey through to race day on 26th April.