The problem with feelings is that they don’t go away just because you do.

And thanks to the invention of WhatsApp (and to my shock AND embarrassment, Snapchat), aided by Dubai’s near constant provision of WiFi, to begin with it felt like I hadn’t gone anywhere at all.

I’m well versed in long distance relationships. Not recently, but I’ve covered off nearly four years of not residing in the same city as boyfriends in my dating past. It doesn’t bother me. In fact, I think it suits me: a week or two to be as reclusive or as wild as I please (because it’s usually one or the other – or more often – one as a result of the other), followed by heart-hurting longing but ultimately the sweet satisfaction of a reconnection.

This time, connections are severed. I’m clinging onto already fading memories of jokes shared and conversations spoken, of sleep lost and chemistry felt. Memories that are unlikely to be repeated soon, if at all. It wasn’t even a boyfriend this time, but somehow I’m missing him more than anyone else I left behind.

He’s the only one I feel I’ve flown away from forever. Friends are part of my being, I just won’t be able to go on without them. I might not see them this month, or even next – but I will, and it will be again and again.

But he feels gone – or going, at least. The excitement of possibility dwindles, still leaving only ‘what if’ behind. A question that was never destined to have an answer, but one I still can’t stop asking myself.

Sod’s law says that if something can go wrong, it will.

But what do you call it when you meet a guy you really like (the first one you’ve liked in ages) only days after you’ve decided to leave the country?

What do you call it when you’ve found someone rare: a decent man that actually texts back, turns up on time and makes the bed without asking? A man that you have genuine chemistry with?

What do you call it when he is the right amount of teasing, but complimentary; of silent, but talkative; of just like you, but totally not at all.

What do you do when he says the very words you’ve been avoiding thinking for weeks, “I wonder where this could’ve gone?”

But you know that it doesn’t matter what you wonder, not really. The decision to leave is done, is bigger, is still absolutely the right thing to do.

He is still amazing, it was great whilst it lasted.

I wrote this post a couple of months ago, before Christmas. It’s sat in my drafts ever since. I didn’t know whether to post it, because it’s boring and it’s old news, but writing this was what made me feel like writing again. So I’m going to tweak it and put it up. Because writing is therapy and this is one thing I need to let go…

I really wish I didn’t feel this way, but Christmas changed for me four years ago. I really, really hate that this is still *a thing* in my life, but – sigh – it is.

The week before Christmas in 2013, my ‘One’* (ha) upped and left. I was stunned. I was bereft. Jeez, I’ve written about this loads. Way too much already. For 11 months of the year, he doesn’t even cross my mind. But for the 11 days leading up to Christmas Day, I can’t help but mark (with a lot of thinking and unfortunately also a lot of drinking) the anniversary of the time my heart smashed and my life changed course.

I’m not sad anymore. I know my life is a million times more interesting, exciting and diverse than it would have been if I were still with him. Born out of that shitty time were incredible female friendships that give me life. I love all of those women more than I ever loved him. But I do mourn for the way in which my attitude towards love and relationships has shifted irreparably ever since.

This year, I spent my fourth Christmas single, having resolutely not sacrificed anything for anyone during any of those four Christmases, or any of the time in between. Because why would I?

And that’s the reason the festive season always feels different now. It’s the time of the year I realise most how cynical and fiercely independent I have become. I realise how much it broke me because I spend so much time reminiscing (and a fair number of evenings drinking… did I mention the drinking?). I do my absolute best to be the opposite of what I was. I was settled and ‘normal’ and on the path to coupled up homemaking. Every December I prove how routine-less, how single, how much more fun I now am.

Christmas might have lost it’s magic that Sunday afternoon, but it unleashed so much more.

*I don’t think I’ve ever actually believed in the notion of ‘The One’, but maybe I’ll save that for another post… 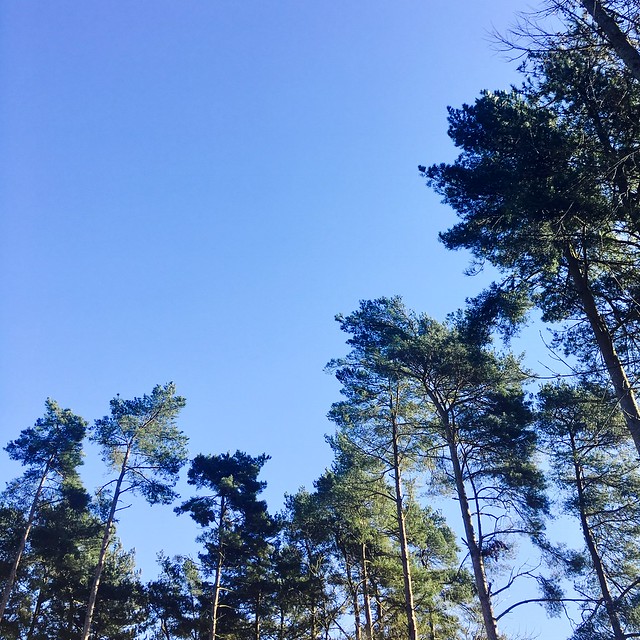 Earlier this month, this blog of mine turned six years old.

I’ve managed to write at least a couple of posts every year that this site has been in existence, but I’ve come within seconds of deleting the whole damn thing on several occasions. If no one writes blogs or reads blogs anymore, then what is the point of owning one? But then I remembered, that has never been the point. I’ve never written a word in the hope that someone else would read it (okay okay, apart from a handful of thinly veiled passive aggressive rants aimed at my evil ex, but there’s at least one more of those to come…) – it’s always been for my own self-absorbed interest.

I’ve never hit ‘delete’ because I knew there’d always be a point when I feel like writing something again. And lucky for you (or just me, when I read this back in a few minutes), that time is now.

Whilst everyone has migrated elsewhere on the internet and are busy abusing their ‘friends’ on Facebook, trolling ‘celebrities’ on Twitter and slipping into each other’s DM’s left, right and centre on Instagram, I’m going to use the relative quiet of this space here in the corner, to get some of my thoughts straight. It’s nice to have somewhere where there’s not quite so much yelling. Oh man, there’s just so much yelling.

I don’t need facts or figures or graphs or studies to persuade me how to vote on 23 June. I don’t need TV debates or experts. And I’m getting pretty good at ignoring the utter crap that the tabloids publish on their front pages.

Whether Britain should remain in or leave the EU isn’t a matter of weighing up the arguments and pondering both sides, because it’s more than that. It’s emotional, it’s innate.

I’m an EU resident currently residing in an EU country and I want it to stay that way.

I live in London, which – as I’ve said before – is one of the greatest cities in the world. One of the reasons that I love London is the diversity. I don’t get annoyed hearing the many languages spoken here and seeing the many faces living here, I feel enriched by it. Yes, London is hard work sometimes, but it’s people make this baffling and beautiful place what it is.

London’s offices, homes, bars, shops, buses, trains, hotels, restaurants, hospitals and streets are filled by people from all over the world. And a heck of a lot of them from all over the EU. My life is made better by the many different people I live with, work with, run with and socialise with. I don’t want anyone of them to feel like they aren’t welcome in London or anywhere in Britain.

On the flip side, I also want to feel welcome across Europe. I have travelled to countries within the EU numerous times, and this has increased dramatically within the last few years. I think nothing of jumping on a flight and exploring a different city for the weekend. Or running a half marathon in one of our European neighbours. I’d spend a few days in Berlin, Paris or Barcelona as easily, probably more cheaply and definitely more frequently that I would Leeds, Liverpool or Manchester.

This makes me extremely privileged, but this is how I chose to spend my salary. Others may save for a place of their own, I go on little adventures that I am lucky enough to have within only a few hours of my doorstep.

But this isn’t just about the future of budget airlines or keeping millennials boredom-free at weekends. It’s about the fact that me, and many other people, have grown up in Britain but also feel European.

It’s in the books I read, the language lessons I take, the sports I watch, the dreams I have.

I will genuinely just feel very sad if we vote leave next week.

And if we do, I’m moving to Spain (whilst I still can).