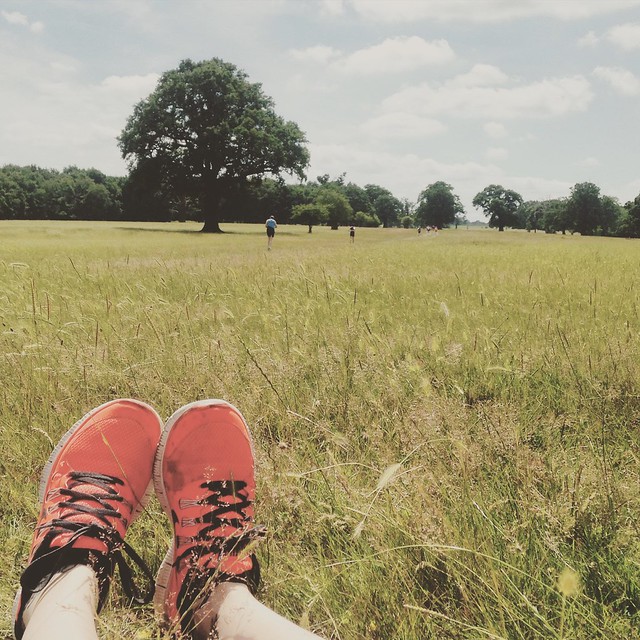 I’ve been into this running thing for a while now. In fact, in a couple of months it will be the five year anniversary of my very first race. So naturally, I’m friends with, I run with and I connect with a lot of super amazing bad ass runners. People who run crazy distances week in, week out. People who run ultras, people who do triathlons, people who run ridiculously fast. All of them are doing wonderful stuff. And then there’s me.

Obviously I am in awe of all these people. They show grit and determination and a whole lot of something I don’t have. I just don’t have the bother. I really like running, but in five years I haven’t got a whole heap better. I’ve taken 11 minutes off my 10k and 14 minutes off my half marathon time, which to me is still the same ballpark. Not a massive step forward. And most of the time, that’s fine by me. But recently, for the first time, I have felt the balance of being inspired and enthused by those around me tip in favour of feeling overwhelmed, and frankly, completely inadequate.

Mostly because I’ve stayed still, just circling around myself for so long.

I also found myself questioning my decision not to run another marathon (at least not for a while). Then thinking screw marathons, why aren’t I running ultras? Everyone else seems to love running for hours on end through the countryside, why don’t I? Maybe I should get swimming lessons, everyone on my Twitter is in a wetsuit these days, after all. Perhaps I should’ve bought a sportier bike, and then I could go on longer rides at the weekends.

But then I remember. I don’t want to do any of those things. Running halves and having a modest time goal. Going to yoga and yet still not being able to touch my toes. Pootling around London on my sexy red bike. These are things I want to do.

Sure, these things aren’t the most inspiring; relative to some accomplishments they are pretty mundane. But I’ll keep doing them and writing about them. I’ll keep posting about them on Instagram. If just one person like five-years-ago-me goes for a run because of it, then that’s inspiration enough.