This photo of myself was taken exactly a year ago today. 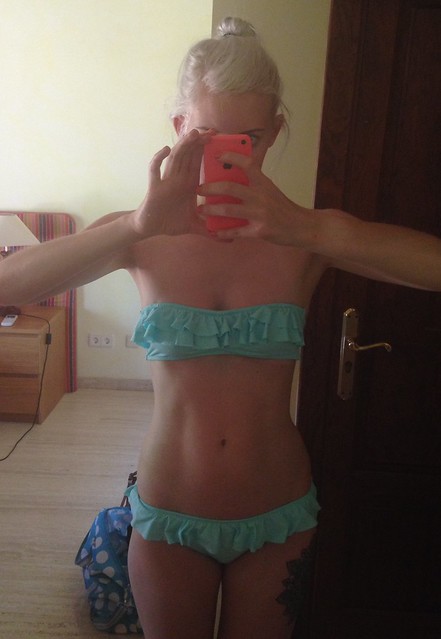 Other than the devastating fact that this was taken in Mallorca (rather than the rainy London I find myself in right now), the next and slightly bigger blow this photo gives me is that I no longer look like that.

This photo was taken ten days into my first (and so far only) round of Whole30. Whole30 is a very quick and very effective method of achieving quite dramatic body composition results (if that’s what you’re after). You can find the reasons I took on the original challenge here, but looking at that photo I would say that my body is in the best aesthetic condition it’s ever been in.

But like I said, it doesn’t look like that anymore. I’m not saying I am now overweight by any stretch of the imagination, but in the past year my body has changed more than it ever has done before.

A couple of weeks ago, one hot afternoon (I think we’ve had at least one hot afternoon so far this summer), I came home and changed into my favourite pair of denim shorts. Or at least I tried to. I’ve lived in the same pair of stripy Abercrombie & Fitch denim shorts every summer since I bought them in California five and a half years ago. They are (or rather, were) perfect – short, but not too short, slouchy but not too boyish, light but far enough away from white. And now I can no longer do them up. They fit like hot pants and the button does not do up. I could have cried.

Last week, I did an online Nike order that included a pair of training shoes, a vest and some jogging bottoms. The trainers fit (thank GOD), but the clothes to which I’d just waved an “I’m always a small in Nike” to the laptop screen were tight. Later that week I begrudgingly made the trip to Oxford Circus to swap both items for a medium.

The final nail in the coffin for my hope of still being a size 8 came in the form of a carrier bag full of clothes from my friend Felicity. There have been many a time where I’ve raided Felicity’s far-more-stylish-than-my-own wardrobe, but not one single item in the stash would fit me now. And the clothes were so nice *cry face*

Now, I’d much rather own clothes that fit than clothes I don’t feel comfortable in, and I think the idea of owning something you’ll ‘slim into’ ridiculous, but it’s all just been a bit of an odd realisation.

I wrote about feeling body unconfident in September 2011, and I hate to admit I sort of feel the same way again now.

I really shouldn’t. In reality, my body is the strongest it has been in a long time. I cycle everywhere (as my thighs can verify), I’m running consistently good times at parkrun, I go to 1Rebel, strongdem and yoga regularly and tomorrow I genuinely believe I have a very real and very achievable chance at a 10k PB. 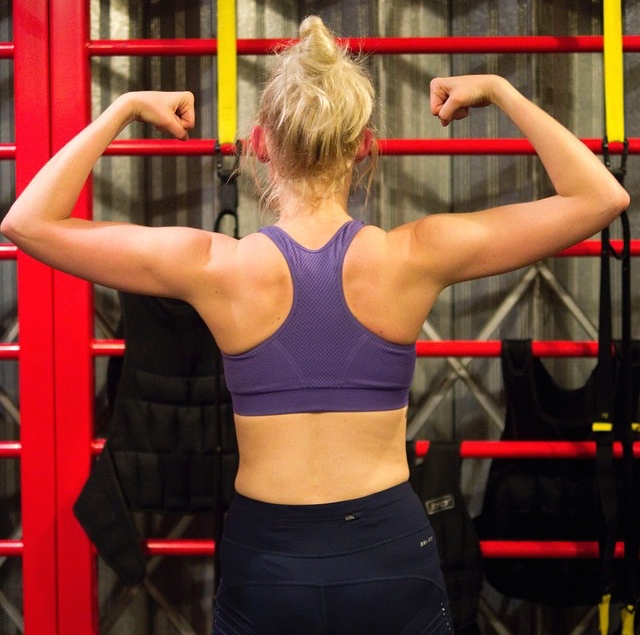 So I’m annoyed. I look at this photo of my improving toned arms and I’m proud. I’m confident about a race I’m running tomorrow and I’m glad. I look at my strong cyclist legs and I like them. I’m going to classes I never would have dared set foot in.

But the fact I have half a drawer full of crop tops that won’t be making reappearances this summer still gets me down despite all those things and I am really annoyed about that. Being strong and fit and healthy really should be enough.